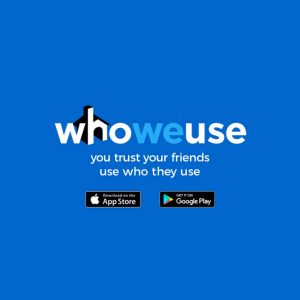 John Garbarino is the CEO and Co-Founder of WhoWeUse, a local tech startup aimed at making it as simple as possible to get local business recommendations from people you know. As CEO, John leads the product vision of WhoWeUse, as well as marketing, fund raising and team development. John shared his idea for WhoWeUse with his new neighbor (now partner), Spencer Ante, who covered tech startups for the Wall Street Journal at the time. As a new home owner, Spencer loved the idea and insisted they “do this.”

Prior to WhoWeUse, John was SVP of Business Development at ShoutEm, where he led all business development efforts for the mobile app platform. This included assembling a network of hundreds of local reseller agencies who built thousands of mobile apps for local businesses using ShoutEm. In addition, he closed enterprise deals with major media & publishing companies and created partnerships with key tech platforms. Prior to ShoutEm, John was VP of Business of Development at KickApps, where he met one of his partners, Pete Clark, and helped build the company’s amazing roster of enterprise media clients.

John has been involved with various tech startups since 1997. He holds a B.S. in Politics from Wake Forest University and lives with his wife and two kids in
Maplewood.